FILMFREEWAY IS OPEN FOR ENTRIES  for the 2021 Mud and Saltwater Short Film Fest.  This year we will celebrate World Environment Day, with the 2021 screenings on June 4-5 at Sun Pictures.  There will be a third screening on June 12, 2021 at Cygnet Bay Pearl Farm.

SHORT FILM CATEGORIES
* PRIZE AWARDED FOR THE BEST FILM IN EACH CATEGORY
*Films can be as short as 1 minute, 2 minutes…with limit 5 minutes including credits. 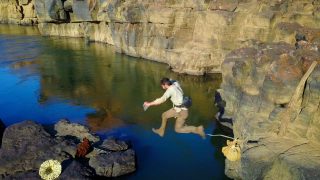 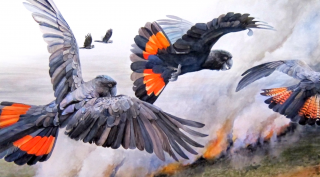 Best in Fest in 2018, the sublimely beautiful film Tom Montgomery was made by © Matthew Adams

9  FEATURE FILM
*Limit of 10 minutes including credits
*About Roebuck Bay, Broome or the Kimberley’s natural, cultural or heritage values (any genre) Category limited to 3 films only – email Producer Pia Boyer to register interest and check if spots are available.

12 BEST WORLD ENVIROMENT DAY FILM
Encourages worldwide awareness of the exceptional biodiversity of Roebuck Bay, Broome or the Kimberley, and action for protection of the environment.

Tickets will be available in early 2021 for the two screenings of the Mud and Saltwater on June 4 and 5, 2021 (always books out). The 2021 Mud and Saltwater Short Film Fest will celebrate World Environment Day.  As such, filmmakers have the chance to win the much sought after ‘Muddy Award’ for the Best in Fest and Best Roebuck Bay Films in 6 categories, Best Kimberley Calling Film, Best  Film by an Emerging Filmmaker Best, Best Film with a World Environment Day message, People’s Choice.

The oldest outdoor picture theatre, Sun Pictures, will be full of atmosphere for the screenings of the short films about Roebuck Bay, Broome and the Kimberley region, with local filmmakers capturing the stories, culture and landscape of our iconic region and the people that call it home. What is especially unique about the short films, is that they are made by filmmakers who live  and or work in the Kimberley region, providing a unique insight into our way of life, values, sense of humour and talents.

HAVE A GO AT MAKING A TWO MINUTE FILM

Every year, the Mud and Saltwater Short Film Fest challenges filmmakers from across the Kimberley, experienced and inexperienced, to tell a story in 2 minutes.  The judges Paul Bell (Feral Films), Mark Jones (Mark Jones Films) and Neil Turner (PAKAM)  selected ‘Where’s ya bin’ as the Best Overall 2 Minute Short Film and 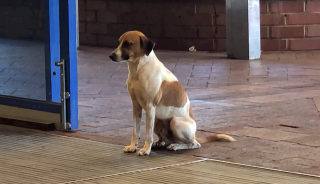 ‘Stay’ the Best Film from an Emerging Filmmaker.  For innovation, cleverness, and brevity – every film submitted deserves recognition.

The short films were screened at Matso’s on September 6 to an enthusiastic audience. Thanks to the filmmakers and crews, Matsos for hosting the screening, PAKAM for the screen and projector, Paul Bell for the projection and judging along with Neil Turner and Mark Jones.

Filmmakers can submit their films 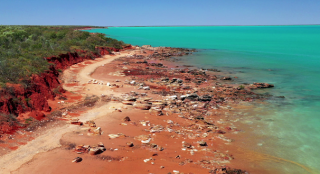 in the Mud and Saltwater Short Film Fest which will be held at Sun Pictures on June 4-5 2021.