RECOGNISING that Roebuck Bay was without management plans to protect its high values, the Roebuck Bay Working Group formed in 2004 with the objective of developing a values based community planning process to protect, restore and maintain the catchment into the future. RBWG, a not-for-profit community group of 36 members, won a WA Coastal Award in 2007 and WA Regional Community Award in 2013 for outstanding work.

With a strong emphasis on partnerships, RBWG works with Yawuru Traditional Owners, and community, non-government organisations, industry, agencies and researchers to support Yawuru’s work to build capacity and education, and affect change ‘on-ground’ to protect, restore and maintain the Roebuck Bay catchment.

The RBWG works hard to increase understanding of Roebuck Bay’s many values and build local involvement in its care. Examples include:

The three state awards (2007, 2016, 2019) RBWG has received, are largely due to the collaborative work undertaken over the last twelve years to reduce nutrients entering Roebuck Bay and blooms of toxic Lyngbya majuscula blooms:

RBWG works hard to promote science to contribute to better management and protection of Roebuck Bay and the Kimberley coast. 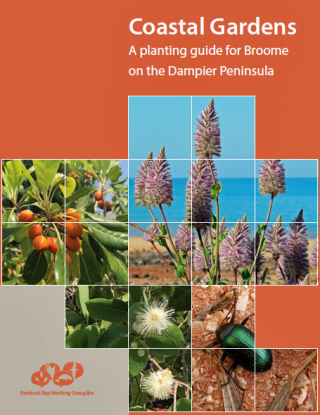